April 27, 2019
Back in January, I was preparing to present at a conference for TCKs. The topic I was asked to speak on with was living with anxiety. Shortly before that, my therapist and I had talked about vulnerability being a huge part in reducing anxiety. Amid these conversations and my research for my presentation, I also read Brene Brown's book, The Power of Vulnerability. If you don't know me well, one thing you'll learn quickly is that I hate to read - so the fact I read something longer than a Buzzfeed article, is huge. Since that time, I've been pretty obsessed with Brene Brown's work.

Just this week, the good people over at Netflix released the Brene Brown special "A Call to Courage." If you haven't seen it, you need to take the hour and 15 to learn from this incredible communicator. She is a storyteller and a straight-talker. She is intelligent, but presents in a relatable way. And what she has to say is vital for today's culture.

While I was watching it the first time (I've watched parts of it 3 times now...), there were a few points that struck a chord with my inner TCK:
"Picture Memories" were something that Brown's daughter did to come down after stressful moments. When Brown's daughter was happy she would take a moment to take mental picture that she could use when she was feeling overwhelmed. Immediately, this took me back to one of my favorite high school memories. Often on Friday evenings, my friends and I would go to a well-loved pizza joint in downtown Budapest. Those times, sitting crowded around a wooden table with friends I'd known since childhood are treasured memories. That place is a picture memory I have that has honestly helped me when I have been overwhelmed. It's a simple practice that is not necessarily specific to a Third Culture Kid/Citizen.

"The grief, the belonging, and the loss" comment was a small part of Brene's overall presentation but was significant to me none-the-less. I absolutely loved my life growing up overseas, but there is an element of constant change that all TCKs have in their lives that I could have lived without. Either you (the TCK) or someone you know is always moving. I had very few friends that remained in my life from kindergarten through high school. The expectation in an ex-pat community is that people will only be around for a couple of years before moving onto another assignment from their business or mission board. Only a handful of people will be around long term.

The grief and loss that is experienced when the element of belonging is removed is deep. Forming a "normal" cycle of belonging could take someone 2 to 3 years to process through completely...and even then there may be another significant change. After elementary school, my family (as most missionaries would do) returned to the States for summers. While this wasn't necessarily traumatic, it did disrupt the sense of normalcy that our community had sought to cultivate September through May. Upon returning to school (similarly to in the US), someone wouldn't be there because their family was reassigned/relocated and a new classmate was there to fill the void...and a whole new cycle of learning about belonging would begin. Personally, anytime someone new came into my class, I felt a little bit nervous because what if my role was threatened? What if my friend group was disrupted? But, that is a personal insecurity that I will always deal with. When the sense of normalcy and belonging was disrupted, it was natural to grieve the loss of what was once known as normal. This cycle was commonplace at an international school.

The third and final thing this Third Culture Citizen heard and was jarred by by what Ms. Brown to say was more of a comparison of a mono-cultural reality and a third culture reality.

This concept is huge for a mono-cultural. When preparing to move from our "host cultures" back to our "home cultures," it is regularly told to TCKs to "expect shallow conversation for the first several months and maybe years when engaging with mono-culturals..."

The above paragraphs center around belonging and normalcy in a transient environment. One of the ways TCKs establish normalcy is by going to a deep relational level quickly. You get the junk exposed quickly so you can begin talking about things of more substance. By being a TCK you essentially feel that you have the right to hear each other stories because you're all in the same "tribe." You get each other because many times you're the minority (the only English speakers in your town, the only ones who know what its like to spend your summers in one county and go to school in another, the ones who know what it's like to have to make a border run when a visa is about to expire, who know what boarding school is like, and so on).

For the mono-cultural citizen, going deep is almost a right of passage to join the tribe.

While watching A Call to Courage, my friend and I occasionally paused the show to have a quick discussion. This was one of the primary discussion points I had.

In the last 12 years since I've lived in the U.S., I've found that I still struggle with getting to the meat of a relationship. I am thankful that I have friends who've decided that they like me enough to keep me around after I've spilled too much too early. There have been times when I've had to remind myself that I need to back off and let others take the lead in more intimate conversation because as Brene says, we share our stories with the people who've earned the right to hear them. I never want to make anyone feel uncomfortable by forcing them to share beyond what they're willing to share freely.

Additionally, I am so incredibly thankful for the friendships I've been allowed to cultivate with people who've lived in more countries than me and with people who've lived in the same county their entire lives. Hearing stories is a privilege. Some are more willing to share their stories than others and we all need to respect that. We all have to choose to "show up," as Brown says, and choose to be vulnerable with each other in our relationships in order for them to move forward.

Popular posts from this blog 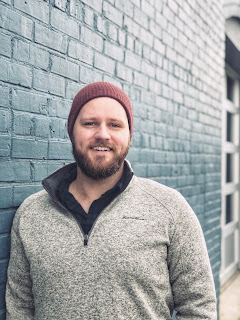 My name is Joel. I was born in Chattanooga, TN. When I was five, my family moved from Chattanooga to Budapest. I went to a Hungarian daycare, had Hungarian friends, my family had a Hungarian housekeeper (fairly common for that area of the world) all the way through middle school. My parents' jobs changed a little bit when I was in the 8th grade and I then started going to the international school in our suburb of Budapest until I went to college in the Chicago area in 2007. From the time we moved to Budapest, my family was regularly presented the topic of living cross-culturally and my sister and I being raised as Third Culture Kids (or Cross-Cultural Citizens). Sociologists have defined Third Culture Kids as “A Third Culture Kid (TCK) is a person who has spent a significant part of his or her developmental years outside the parents' culture. The TCK frequently builds relationships to all of the cultures, while not having full ownership in any. Although elements from each
Read more

Thinking about Belonging and Being Known

February 03, 2019
The content below is written by my friend Lauren.  Lauren and I were talking one day about my international upbringing when she realized that we shared very similar experiences. I mentioned the term "TCK" to her and she had no idea what I was talking about.  It was an honor for me to explain to her about our unique community of people who've lived in various places around the world but have an almost immediate bond.  Over the last couple of years, Lauren has been learning about being a TCK and how it has played into who she is as an adult. Below are Lauren's thoughts on being known in your current context. Last year I moved for the 14th time in my 27 years of life. Every move has taken me to another place. Another state (sometimes another country). Another house. Another job. Another school. Another set of friends. As a result of this transient upbringing, every 2-3 years I feel the clock ticking. I wonder how long it is until I can escape the dreaded normalcy th
Read more

Joel Winget
I am equal parts Schmidt (from New Girl) and Andy Dwyer (from Parks and Rec). I like the finer things, but I have a love for simplicity and stupidity. I am an Enneagram type 3. I grew up in Budapest, Hungary but was transplanted to the South a little over 5 years ago. I know a lot about making lattes, marine mammals and airplanes. My goal in life (aside from glorifying God) is to help people with being aware of the differences in cultures. No country is better than another.

Give to the Ministry!

If you're interested in giving to ABWE's Missionary Kid Care Team click on this link!
We are looking for monthly donors of $25, $50 and $100, but any one-time or monthly gifts are welcomed!

We All See this World a Little Differently

Third Culture Kids (TCKs) are often told how unique they are for their experiences, and this is 100% true. We are also told that we have a more "global perspective"...but many times we don't remember to take into account the culture of our passport country and automatically write it off. Let's try to see the world a little differently...